My first attempt to write a game nearly put me off but I decided to have another go. Again, giving myself just two days to write a game from scratch and publish it to the Google Play Store and Itch.io.

Again for the impatient, and a slight spolier, here is the finished game on both platforms:

Thinking of a game is easy, but pinning down the game mechanic that is going to work is not. I also knew I had to do something that I could get done in just two days so I went with a block style puzzle. I was inspired by games like Bejeweled and Words With Friends, both of which work well on a grid with tiles and are fun to play.

I set about finding some tile graphics that I could move around a board to make sequences and score points and I came across opengameart. Digging deeper I found a popular contributor kenney.nl who has many assets available for free, or you can pay for the assets if you want as well (which I will once this post is done).

Clearly the puzzle pack was first on my asset shopping list: 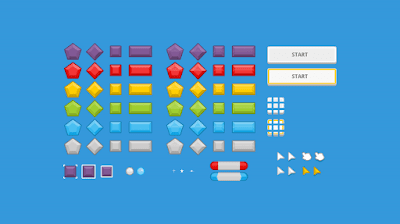 I dug out my go to Unity, asset SVG Importer, since Kenney includes all the svg vectors as well (what a star!), and I manually arranged a grid of squares to see what it would look like. I then stopped as I realized I hadn't thought out the game mechanic and I didn't know where to go next.

I started thinking about numbers instead of shapes, focusing on the Minimum Viable Product philosophy. Then I had it. A game with a grid of numbers where you have to click on adjacent numbers to solve a sum. I grabbed my graph pad and sketched this out: 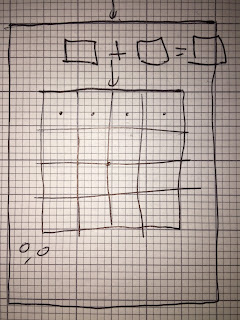 I got to work creating grid and a start button based on my sketch with the ui-pack from Kenney, using the squares in the middle left of this image; 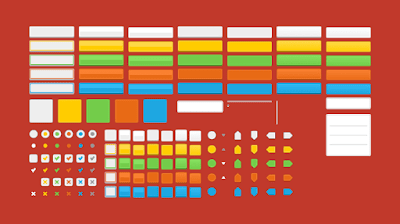 For the text I decided to use the new TextMeshPro asset which was recently acquired by Unity and made available for free. It uses Signed Distance Fields to allow fonts to be displayed nicely at any size with a vector look instead of a pixelated look. It also allows for extra effects like outlining:

It didn't take long to get a working prototype with random number tiles and a random sum. I didn't have the score working yet and it looked basic but the game was working. One day is enough to get something working I'm finding. Unfortunately I didn't take a screenshot at the end of the day, so there's no tad-dah moment yet.